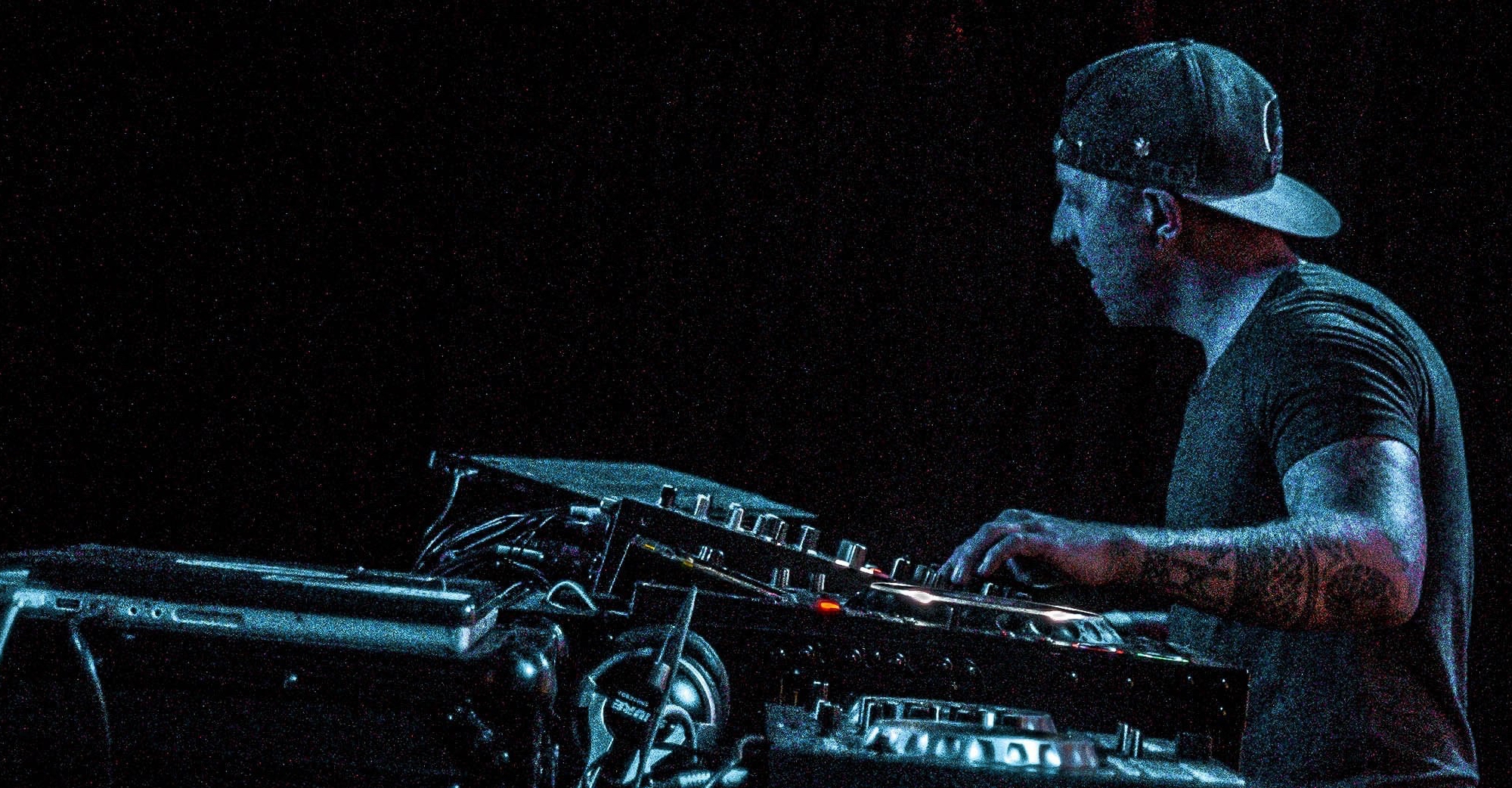 Nearly 400 people celebrated Cinco De Mayo with Defunk during his Grand Rapids debut. Joining him on stage were locals Neus, Biff Tannen and DJ Uno, who all contributed to making last Friday night a memorable experience for everyone involved.

The Canadian music artist has been touring around Canada and the United States for a few years now. Some of his previous visits to Michigan were last year in Detroit with SunSquabi and The Floozies and at the inaugural UpNorth Music & Arts Festival.

Defunk first caught our attention when his heavy-bass and funk infused mix for All Good Radio was uploaded to Soundcloud back in February. Since the release of his latest album, Stepping Out Pt. 2, he has shown he’s fully capable of combining elements from any genre into a hard-hitting bass tune you can’t help but head bang to.

Once it was announced that Defunk would be performing at The Stache, we knew this was an opportunity we couldn’t afford to miss out on! Our excitement only grew when Defunk teased fans in a post on Facebook, saying he would be releasing a new song the week leading up to the show.

It turned out to be his remix of Megan Hamilton and The Bermuda’s song ‘Don’t Worry’, which was played for Grand Rapids during Defunk’s set last Friday and Megan Hamilton’s set on The Road to Boredomfest Tour back in March.

Defunk’s Grand Rapids debut featured a high energy performance that utilized live instrumentation and song selection to captivate the crowd from start to finish. He has recently been seen on tour carrying a new piece of equipment called a ‘Seaboard’, which helps him bring his genre blending songs to life. Equipped with the ability to load and trigger samples from a saxophone to a guitar, his new live performance provides an element of involvement and improvisation that many artists lack nowadays.

One of our favorite moments from the show was hearing Defunk perform his remix of ‘Ramble On‘, by Led Zeppelin. The track forms a cohesive sound by sampling and blending the original lyrics with future-funk synths and gnarly guitar solos that would make Jimmy Page proud. Watch below as Defunk brings his ‘Ramble On’ remix to life in front of a nearly sold out crowd on Friday night.

If you missed his Grand Rapids debut or are wondering when you can catch him again, he has a handful of upcoming performances at some major music festivals this summer.

Click here to view more images from Defunk at The Stache, courtesy of Benjamin Howell Photography.

Stay tuned for more original content, including interviews and coverage from this year’s Boredomfest, taking place at Elderberry Farms from May 18th to May 21st.

Watch the full video recap from the show here.

Tag us in your photos on Twitter or Facebook and use the hashtag #MotherOfAllBass or #MOAB for a chance to be featured across social media and our website!